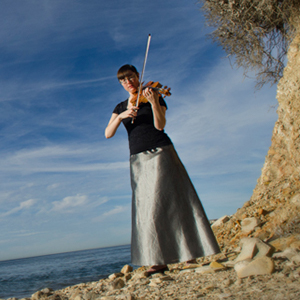 In this ENCORE Interview for Opus 2 Sarah and Justin speak with violist Molly Gebrian, assistant professor of viola at the University of Arizona. This conversation is the unabridged version of that heard in the second episode: No Time to Practice. In this interview we talk about new approaches to practicing that go against convention, and move our ideas forward into the future based on scientific evidence.

Molly Gebrian has distinguished herself as an outstanding performer, teacher, and scholar throughout the US and Europe. Her love of contemporary music has led her to collaborate with many composers, often in premieres of works written for her, and she has worked closely with the Ensemble Intercontemporain and Pierre Boulez for performances at the Lucerne Festival. One of her biggest passions is understanding how people learn and experience music, which has led her to collaborate on neuroscience research with leading scientists on music and the brain. She served as the Assistant Director for two interdisciplinary conferences on music and the brain while at Rice, has published papers dealing with music and neuroscience in the Journal of the American Viola Society, Frontiers in Psychology, Flute Talk Magazine, and The Strad, and taught an honors course on music and the brain for five years at the University of Wisconsin-Eau Claire.

Published in Interviews and Opus 2