Episode 3 of The Counterpoint Club is all about the various tuning systems in both Western classical music through the ages, and also in the wider world of music. Sarah begins the history lesson with terminology musicians and scientists use to talk about pitch, and also gives a brief history of tuning systems of the art music of Europe.

Frequency: an audio frequency is periodic vibration whose frequency is in the band of audible human hearing range (20-20,000 Hz)

Hertz (Hz): the derived unit of frequency in the International System of Units (SI) is one cycle per second. So the number of oscillations of sound waves in a second will be the Hz number for a pitch. (i.e. 440 Hz=A above middle C)

Cents: a logarithmic way to split the difference between semi-tones into 100. (1 Hz is roughly equal to about 4 cents)

Musical Temperament: a vast network of tuning systems that make adjustments between notes so that chords and scales have a halfway decent chance of sounding in-tune.

Equal Temperament: one of the tuning systems of musical temperament that divides the octave into 12 equally sized intervals. Each is exactly 100 cents apart.

While there are MANY tuning systems that make up Western classical music (a fun rabbit hole to explore!), here are a few mentioned in the podcast with some examples of how they sound.

Meantone Temperament began in the Renaissance and refers to systems with slightly diminished fifths and perfect 3rds in common keys. Here is an example:

Equal Temperament developed into wide use in the last couple of centuries, and is now the most widely used tuning system in Western classical music. Here is a fascinating example that contrasts Just Intonation (tempering pitches-often used by string quartets, choirs, and other malleable pitch ensembles) with Equal Temperament of the same passage:

Sometimes in chamber music drones occur underneath melody lines or as part of an ostinato line which necessitates a tempering of the melody pitches. Listen to an example here to the complete performance by the Engegård Quartet of the second movement of Beethoven Op. 132 String Quartet, which Sarah features in the episode:

The podcast features the Miro Quartet’s recording of Beethoven’s quartet, which you can buy online.

When looking at tuning systems outside of classical music, we encounter many wonderful examples. Here are some of them.

If you are familiar with the Vogue 73 questions videos on YouTube, this parody using 73 Hindustani and Carnatic ragas is humorous and a great introduction to ragas:

If you are interested in the part about music producers, here are two videos, one by Ian Kirkpatrick and one by Finneas O’Connell about their process.

Ian Kirkpatrick also has many livestreamed videos where you can watch him working in real time on YouTube.

There are many more tuning systems to explore! In the history portion of the podcast, Sarah refers to an awesome book on tuning systems in Western classical music. To read “How Equal Temperament Ruined Harmony (and Why You Should Care)” by Ross W. Duffin, you can find links to purchase it through the publisher’s website.

If this topic has piqued your interest, enjoy your journey into the wonderful world of intonation that lies ahead! 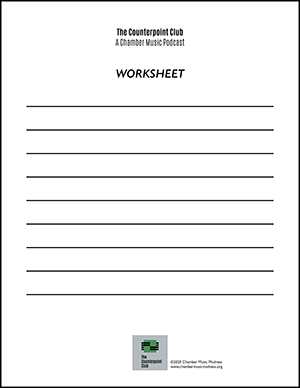 In the technique section of the podcast, Brandon identifies the way Skyros uses scales with drones to temper pitches to create perfect intervals together, and temper other pitches to the drone as an ensemble. He also discusses the use of Bach chorales as a useful warmup. Download the worksheet to bring the drone scales and chorale techniques to your next rehearsal. Tuning together with new ensemble members can take time, so be patient and consistent with your practice of intonation as a group, and try to dedicate the first 10-15 minutes of each rehearsal to developing your ensemble intonation!

Violist John Largess began his studies in Boston at age 12 in the public schools, studying with Michael Zaretsky of the Boston Symphony, and later as a student of Michael Tree at the Curtis Institute of Music in Philadelphia. In 1995, he graduated from Yale University to join the Colorado String Quartet as interim violist with whom he toured the United States and Canada teaching and concertizing. The following year he was appointed principal violist of the Charleston Symphony Orchestra in South Carolina, a position he held until joining the Miró Quartet in 1997. Also an active speaker and writer about all things chamber‐musical, in 2004 Mr. Largess was invited to give a week‐long audience lecture series as a part of the Eighth International String Quartet Competition at the Banff Centre for the Arts in Alberta, Canada; he repeated this series in 2007 and again in 2010.

Here is a video of John in action in a masterclass:

And here he is performing with the Miró Quartet in concert, performing Beethoven String Quartet Op. 95 “Serioso”:

The Miró Quartet is one of America’s most celebrated string quartets, having performed throughout the world on the most prestigious concert stages. For twenty-five years the Miró has performed a wide range of repertoire that pays homage to the legacy of the string quartet while looking forward to the future of chamber music by commissioning new works and collaborating with some of today’s most important artists. Based in Austin, TX, and thriving on the area’s storied music scene, the Miró takes pride in finding new ways to communicate with audiences of all backgrounds. Committed to music education, members of the Quartet have given master classes at universities and conservatories throughout the world; and since 2003, has served as quartet-in-residence at the Butler School of Music at the University of Texas, Austin.

Formed in 1995, the Miró Quartet has been awarded first prize at several competitions including the Banff International String Quartet Competition and Naumburg Chamber Music Competition; and in 2005, became the first ensemble ever to be awarded an Avery Fisher Career Grant. The Miró is quartet-in-residence at Chamber Music Northwest in Portland, OR and Orcas Island Chamber Music Festival in Washington State. The Miró Quartet took its name and its inspiration from the Spanish artist Joan Miró, whose Surrealist works — with subject matter drawn from the realm of memory, dreams, and imaginative fantasy — are some of the most groundbreaking, influential, and admired of the 20th century.

You can listen to our full interview with John Largess online.

Do you have a question for the Skyros Quartet? Fill out our online form or send us an email with your question attached as a voice recording! We’d love to hear your questions about our ensemble, chamber music, or being in a string quartet! We’ll try to answer as many questions as we can during the Q and A at the end of each podcast episode. 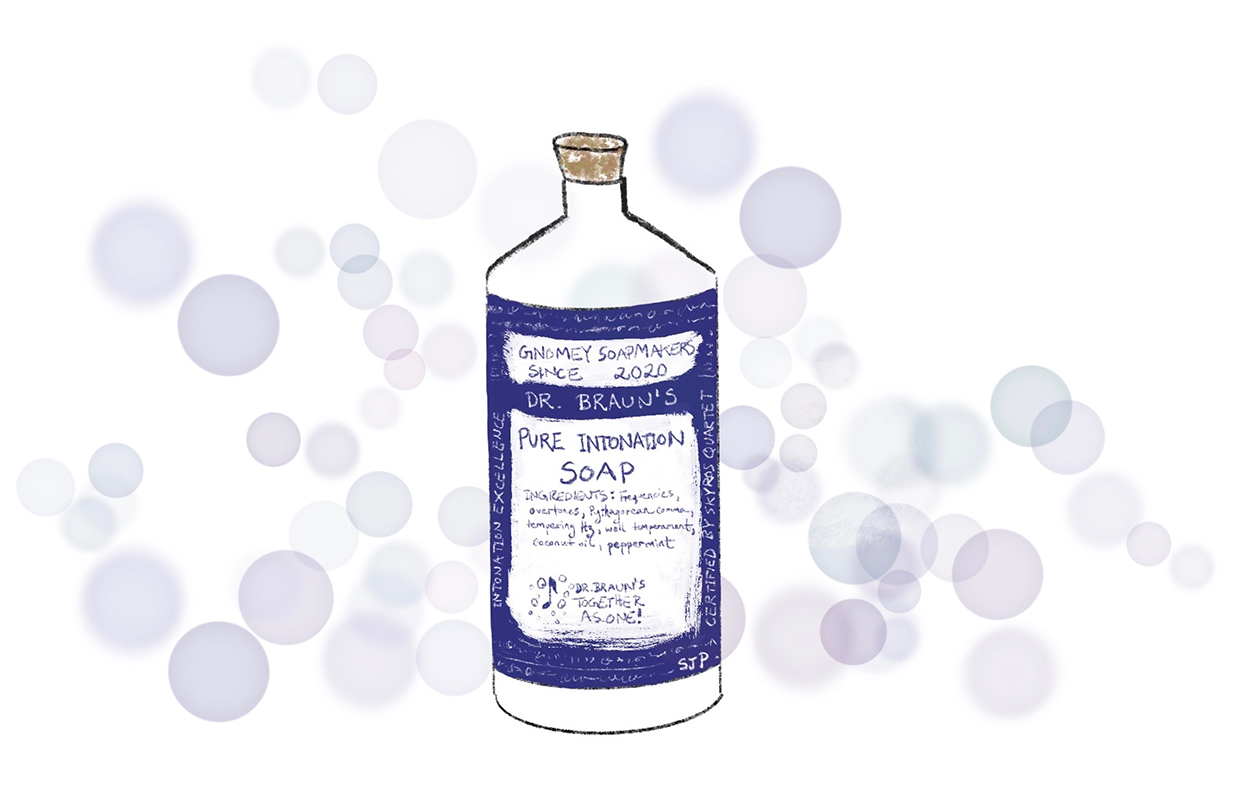